Blood sausage is exactly what it sounds like. Also known as black pudding, this English / vampire comfort food contains just a few ingredients: 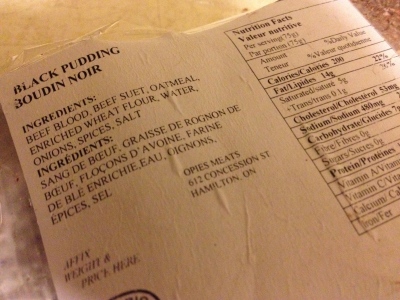 It came in frozen patties, which started off reddish, as you’d expect, but as I fried them up I found out why it’s called black pudding. 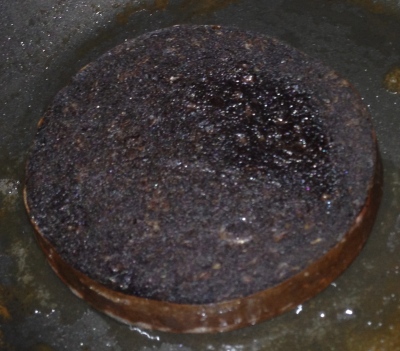 Just dropping this in coffee wouldn’t do much, so I got out the old Magic Bullet and threw a chunk in. 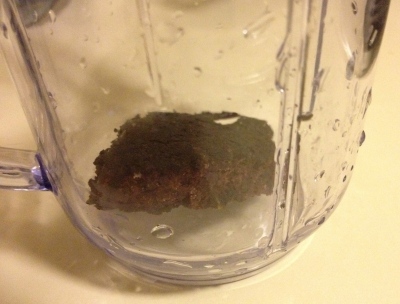 It ended up frothy and strangely grey in colour. 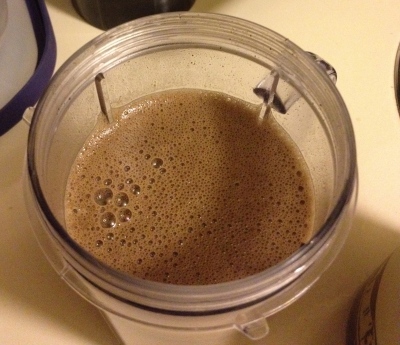 The Magic Bullet did its job, and the end result was only slightly chunky. 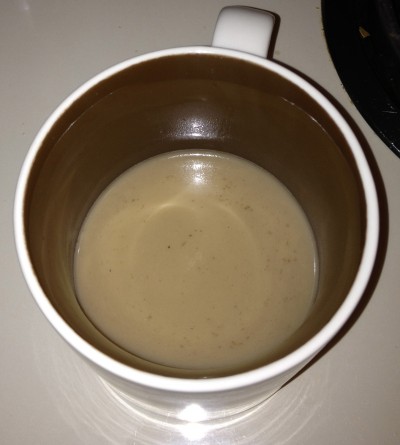 I was dreading trying this one. I’m not squeamish, obviously, but the idea of solidified blood invokes some deep dread in me that makes me want to barf then pass out. We all gotta face our fears though.

On its own, the blood sausage was chalky and dry…