An Irish MP has blamed damage to a road on fairies, saying that disturbance to their forts caused a dip in the tarmac.

In Irish folklore, tampering with fairy forts can cause one to become cursed.

A dip on the N22 road in Ireland was repaired recently, but re-appeared mysteriously.

Danny Healy-Rae claimed the issues with the N22 were caused by “numerous fairy forts in the area” in an interview with the Irish Times.

He said “there was something in these places you shouldn’t touch” and that the road passed by a place that was full of fairy magic and folklore.

Maud Gonne played a public role in the struggle for Irish independence, but her life also included private tragedy. Her grief over a child who died at the age of two inspired an unpublished poem by W B Yeats – and she was so desperate to reincarnate the boy that she had sex in his tomb.

Sibling of Daedalus would have had fun with this.

The Hollywood mogul is a vegan…

Benjy’s owner, an Irish farmer, bought the bull in the hopes it would impregnate the farm’s cows.

But Benjy showed no interest in the cows. While veterinarians found the bull to be perfectly fertile, it was apparently only interested in the other bulls.

Benjy was destined to be put down, until the story made headlines. Animal rights organizations teamed up with gay rights groups to organize a campaign to raise 5,000 pounds ($8,847) to send Benjy to the Hillside Animal Sanctuary in the U.K.

The campaign drew the attention of Simon, a longtime philanthropist who supports animal welfare causes.

“The response from around the world has been so very encouraging, but to now hear that Sam Simon, co-creator of the world’s most popular animated sitcom is stepping in, is just icing on the already well baked cake,” John Carmody of the Animal Rights Action Network said.

“What could be better than to present Benjy with a Christmas gift that will literally last a lifetime, by giving him a one-way ticket to freedom.”

Simon was diagnosed with terminal cancer in 2012 and has since been using his money and remaining time to support animal welfare causes, including getting a chimpanzee who spent 18 years in solitary confinement transferred to a sanctuary and launching a foundation to rescue homeless dogs.

The Irish town of Tullyallen is being tormented by a “crazy crow.” It chases schoolchildren down the road, pecks loudly at windows, and attacks dogs.

I can think of another: 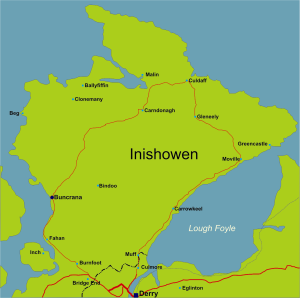 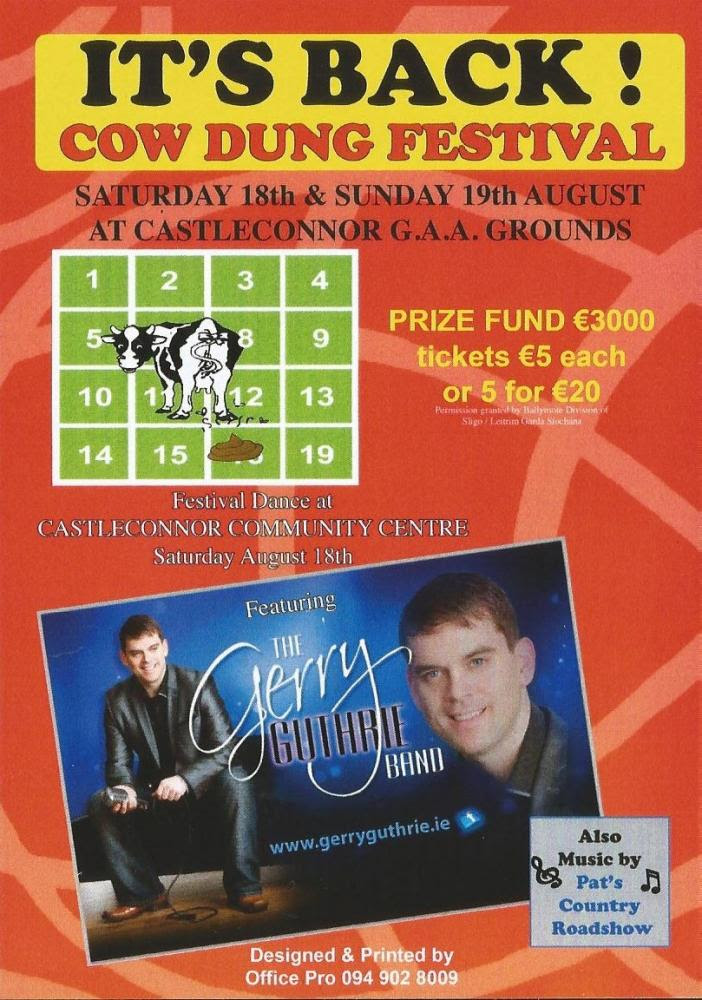 Ireland, like several other countries in the eurozone, is struggling under a heap of debt. Yet many refuse to give in to the doom and gloom – a constant round of activities feeds people’s optimism and sense of fun.

My particular favourite is the Cow Dung Festival, also held in County Mayo. It is clearly an occasion for anyone with a taste for the bizarre.

A Cow Dung Festival Queen is selected – not perhaps an accolade you would readily put on your list of accomplishments. Then there is the highlight of the day – cow dung bingo. A field is divided into squares. When names are gathered and bets placed, Betsy – the festival cow – is ushered in.

And yes, it is the squares on which Betsy decides to drop her cowpats that are the winners. It is all highly scientific – laser-measuring devices are used. The tension can be intense.

Last year it took Betsy – obviously playing to the gallery – an hour-and-a-half of wandering before deciding where to do her business.

This year blood pressures were eased, with Betsy lifting her tail after only 15 minutes and a lucky cow dung bingo-player walking away with the 1000-euro prize. 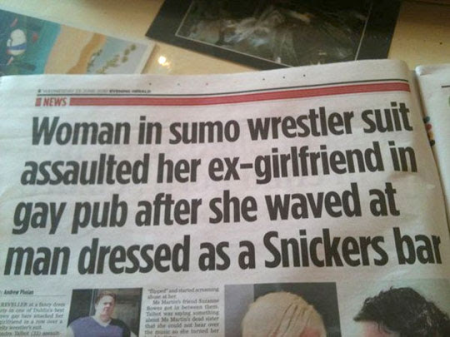 38-year-old Irishman Daniel Clavin is suffering from what is possibly one of the worst hangovers in history – he’s been hiccuping non-stop after one night of heavy drinking, two years ago. The strange condition has completely disrupted his life – the poor guy has trouble eating, he’s embarrassed to go out in public, and he sleeps alone every night.

Daniel’s hiccups began one morning in July 2011, after attending a stag party the night before. “I just woke up with them and I have no idea why they started,” he said. “I’m not a big drinker and I’d had more than I’d for some time but it was nothing out of the ordinary. Since then, I’ve tried just about everything – all the old wives’ cures – but I can’t stop.”

I think I know what he has to do; he has to travel back in time, and stop himself from going to the party. That’ll work. 😉

Because you were no doubt wondering; here you go: 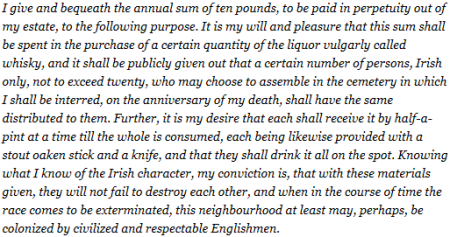