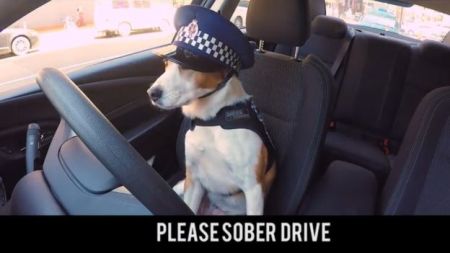 A lost pot-bellied pig is home safe and sound thanks to some helpful neighbours and two police officers.

The officers say they were called to a residential neighbourhood in Burlington, Ont., on Thursday morning by a man who came across a pig wandering in the street.

They say the man kept an eye on the pig as it moved to a yard, where it ate some shrubbery and nosed around the dirt. When officers arrived, neighbours who recognized the pig told them it belonged to a woman living in a nearby home.

One of the officers, Const. Renee Harnack, says she got a strap that’s meant for restraining suspects from her car, fashioned it into a leash and put it on the pig.

A bikini-clad Swedish police officer has been praised for tackling a suspected thief while she was off-duty sunbathing with friends in Stockholm.

Mikaela Kellner told the Aftonbladet daily that she and a fellow officer pursued the man when they realised he had taken one of their mobile phones.

She told the paper that she would have intervened “even if she were naked”.

A photo of the incident on Ms Kellner’s Instagram page has attracted more than 9,000 likes in less than two days.

The incident is said to have taken place in Stockholm’s Ralambshov Park on Wednesday, where the off-duty policewoman was sunbathing with friends.

The group was approached by a man who claimed to be selling publications on behalf of the homeless.

She must have been high…

A woman was arrested in France Tuesday after she waltzed into a police station, put three bags of cocaine on the counter and asked officers on duty to test its quality.

It was around 5:00 am in the southwestern city of Toulouse when police officers were confronted with the strange request from a known 45-year-old drug user.

A police source said the woman went to the main police station and placed the bags — two containing cocaine powder and one crack cocaine — on the counter.

Asked why she did so, the woman replied: “so that officers at reception could test it” and that “she wanted to know if it was good quality as she didn’t want people to die of an overdose.”

The woman was taken into custody and a court ordered her to attend a hearing in January. 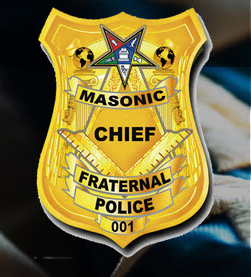 The Masonic Fraternal Organization is the oldest and most respected organization in the “World.” Grand Masters around the various states are facing serious safety concerns for their Jurisdictions and their family members. The first Police Department was created by the “Knights Templar’s” back in 1100 B.C.

The Masonic Fraternal Police Department, (M.F.P.D.) is the Knights Templar’s!

When asked what is the difference between The Masonic Fraternal Police Department and other Police Departments the answer is simple for us. We were here first! We are born into this Organization our bloodlines go deeper then an application. This is more then a job it is an obligation.

The Masonic Fraternal Police Department (M.F.P.D.) is a Masonic Sovereign Jurisdiction (Municipality) located within the incorporated City of Santa Clarita, California. The Chief of Police is Honorable Grand Master David Henry 33º was elected and is Governed by a Grand Supreme Council, and 33 Masonic Jurisdictions. He currently oversees a 1/2 Million members throughout the United States.

We are not “Sovereign Citizens’ nor do we condone terrorist activity, sovereign citizens or clandestine!

I had no idea the cops were searching for the Holy Grail. 😉

Police raided a village pub searching for a stolen Holy Grail relic but only found a salad bowl.

A team of 12 West Mercia Police officers searched the Crown Inn in Lea, Herefordshire, for the Nanteos Cup, which was once housed in Aberystwyth.

The only item found vaguely resembling the relic was a bowl for serving salad to customers.

Police said they received intelligence that the cup had been seen in the pub so executed a search warrant on Sunday.

Bah. Probably an excuse to grab a pint, while on duty. 😉